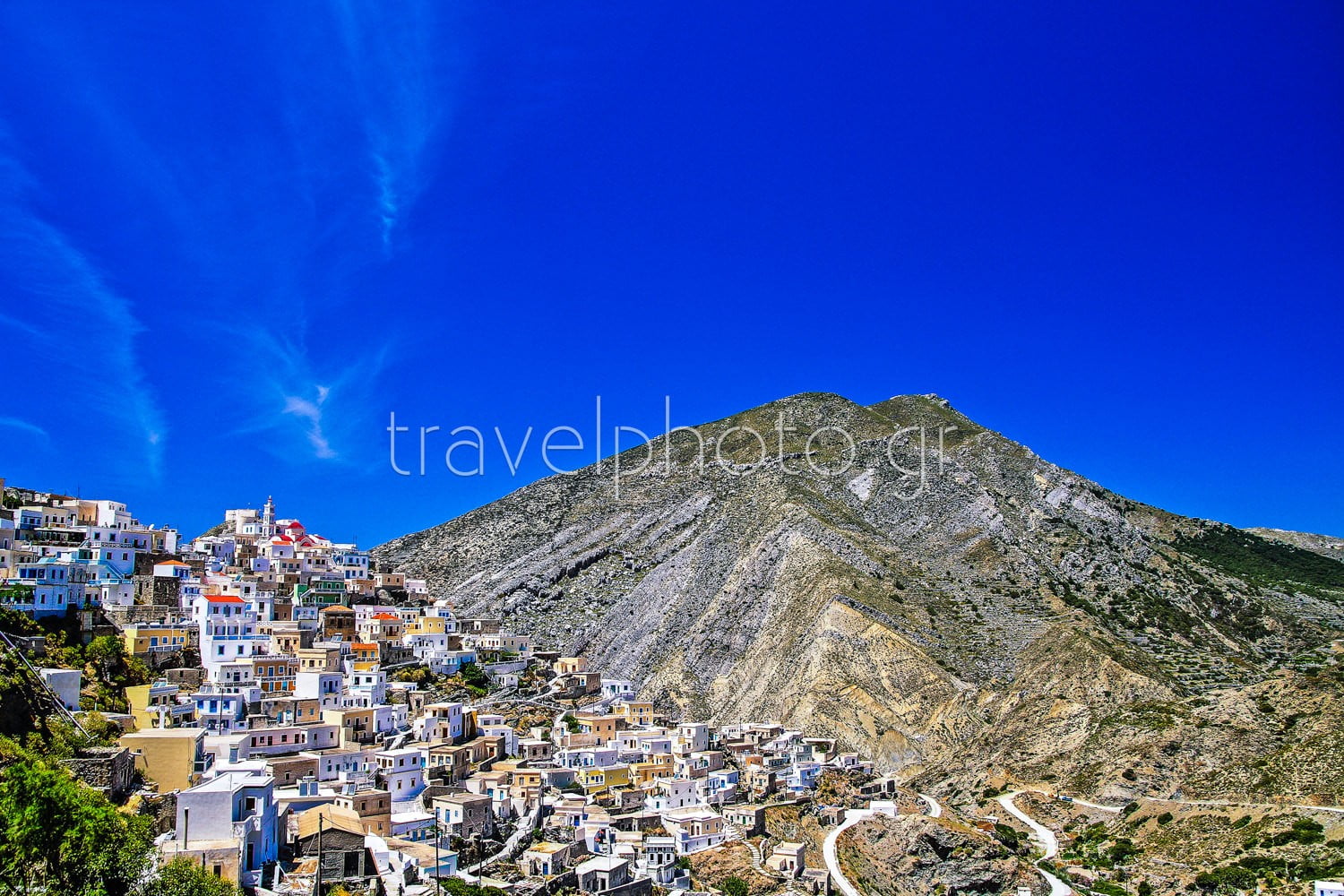 Isolated from the rest of the island (Photos from beaches and villages in Karpathos island) during most years of its five century life, Olympos village has preserved almost intact the  traditional features of a mountainous but insular Dodecanese village. Women still wear their traditional garments and many habitants still spoke the local dialect with some Dorian influences.

Olympos is built on the slopes of steep mountains with one side of the village overlooking the Aegean sea offering amazing view to the usually rough seas around Karpathos (island article).

You may reach Olympos in three different ways

I hired a Suzuki Jimny for 40 euros from Pigadia. The road after Spoa village is dirt road and in some spots slightly difficult since construction still goes on and centain locations are very narrow and steep. It is the most expensive option but it gives the freedom of time since i had to stay for almost a day in order to get some photos of the village. It also gives a clear view of the distant and isolated landscape in which Olympos village is located. (i travelled in Karpathos during May 2010 so some things may have changed due to construction works on the road to Olympos village. Hope for the better)

I would like to thank Marina Lentaki and her family for the valuable information they provided during my stay in Olympos.